On August 16, 2019, the 14th National Conference on Chemical Sensors (14th SCCS) was grandly held at Shanxi Datong University. The conference was hosted by the Chemical Sensor Expert Group (Professional Committee) of the Analytical Instrument Branch of the Chinese Instrumentation Society, and hosted by Datong University, Shanxi University, State Key Laboratory of Chemical Biosensors and Metrology (Hunan University) and Jiangsu Electroanalytical Instrument Co., Ltd. Co-sponsored by the organizer; Instrument Information Network attended and reported on the conference as a supporting unit; Shanghai Yidian Scientific Instrument Co., Ltd. and Tianjin Lanlike Chemical Electronics High Technology Co., Ltd. were sponsors of the conference. As an academic event in the field of chemical biosensor technology in China, 14th SCCS takes the theme of "chemical biosensor technology in the era of innovation to promote the exchange of new theories and technologies in this field" as the theme for China's chemical biosensor technology Scientific and technical personnel and graduate students provided a good platform for communication and learning, attracting more than 600 representatives from the industry to participate, an increase of 33% compared to the previous session, and the number of participants reached a new high. This year marks the 35th anniversary of the establishment of the "Chemical Sensor Professional Committee" approved by the Chinese Analytical Instrument Society, and its predecessor, the 40th anniversary of the establishment of the "National Ion Selective Electrode Collaborative Group." Established). In the season when the autumn is hot and cool in 2019, the 14th National Conference on Chemical Sensors is held in Datong, the first batch of historical and cultural cities in China, which is obviously of special historical and commemorative significance.

The conference arranged 129 experts and scholars for academic reports. Thirteen domestic and foreign scientists who have made significant progress in the field of chemical biosensing make invitation reports for the conference, which are arranged in the morning of the 16th and the afternoon of the 17th; the morning of the 6th to the 17th in the morning At the symposium, 80 invited invitation reports and 36 youth forum reports were arranged. A total of 419 manuscripts and 196 posters were solicited at this meeting. 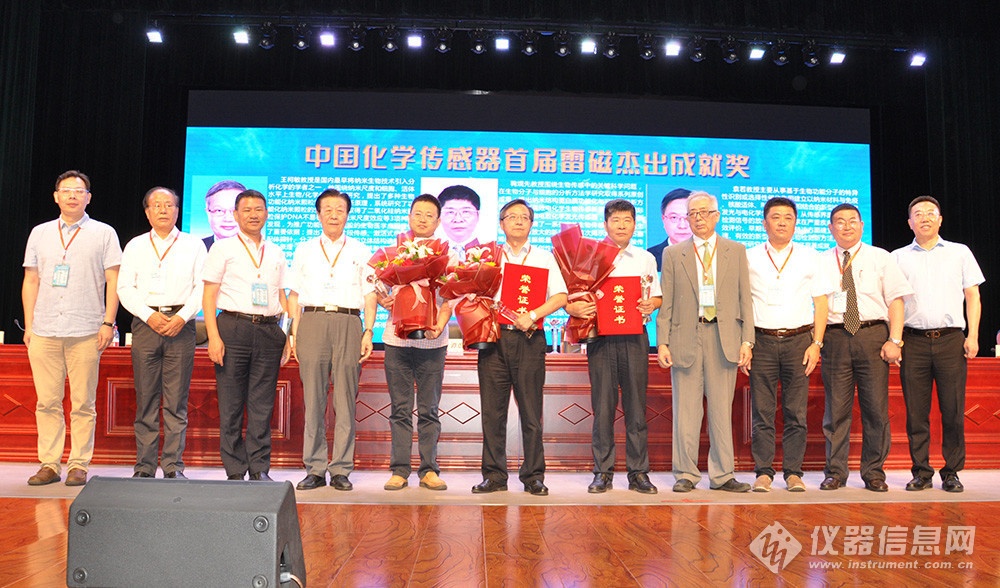 Award Ceremony of "China's First Magnetic Sensor Outstanding Achievement Award"
After the opening ceremony, the report activity of the conference kicked off. Academician Yu Ruqin of Hunan University, Academician Chen Hongyuan of Nanjing University, Academician Tan Weihong of Hunan University and other academicians led by the three invited academicians will bring wonderful reports to the participants. A detailed report of the conference will be presented.
During the meeting, the chemical sensor expert group discussed and determined the organizer of the next academic conference, which will be announced at the closing ceremony. Follow-up wonderful conference reports, branch venue reports, and who will host the next conference? Welcome to follow-up reports from Instrument Information Network.